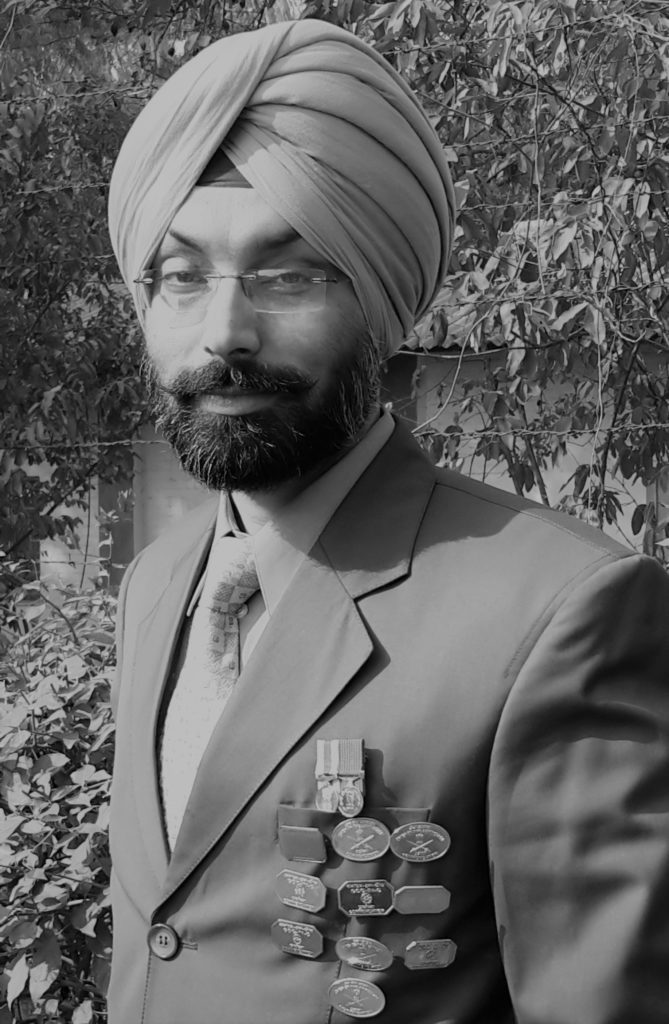 Major Navdeep Singh is a practicing advocate in the Punjab & Haryana High Court. He is the founder president of the Armed Forces Tribunal Bar Association at Chandigarh. He is a member of the International Society for Military Law and the Law of War at Brussels and writes extensively on military, legal and public policy issues. He is actively engaged in global efforts towards reforms in Military Justice.

Navdeep has been a national service volunteer-reservist with the Territorial Army in the past. The Territorial Army is a unique force of volunteers who, while carrying on with their civil vocations, wear uniform for a few days in a year during their spare time in peace so that they can bear arms for the nation’s defence during war and national emergencies. He has voluntarily served in counter-insurgency and operational areas during High Court vacations and has been decorated with a record number of eleven Commendations from the Army, Air Force and also a Tri-Services Institution.

Besides constitutional law and civil & military service matters, he has enthusiastically worked in the fields of rights of disabled soldiers, military widows & kin and also for military and civil pensioners. He has also worked for the welfare of World War II veterans and for protection of rights, privileges and status of the military community. He strongly advocates judicial independence and freeing of Tribunals and quasi-judicial bodies from the tacit control of the executive.

Based on the sentiment expressed by the Prime Minister for curbing unnecessary litigation, Navdeep was made a part of a Short-Term High Level Committee of Experts constituted by the then Defence Minister for reducing litigation initiated by the Ministry of Defence in service and pension related matters and to strengthen the system of redressal of grievances. The far-reaching, progressive and reformatory recommendations of the Committee, where he functioned pro bono, were widely hailed in government and military circles, the veteran community and by the civil society.

Military Pensions is his fifth book. 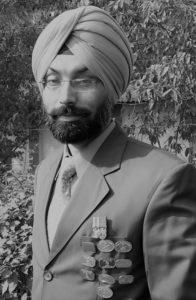